Review of The Art of Disappearing Album by Herve

And then there are the ones who're just trying too hard. Josh "Herve" Harvey leads the chaotic life of a producer, DJ, remixer and is also one half of The Count & Sinden, whose album Mega Mega Mega caused a frisson of anticipation back in 2010. 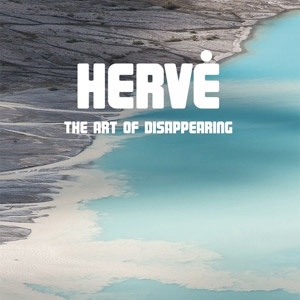 Quite why he'd want to jack all that in is anyone's guess, even temporarily, but a hiatus has been called, starting the process of making a record which isn't so much out of character as off the programme entirely. As unexpected as it might be confusing to fans, The Art of Disappearing probably illustrates why it's sometimes good to be your own label boss (Harvey also runs the Cheap Thrills imprint), as under a different regime, it might've been a difficult pitch.

Basically then, the story is this: once upon a time in British music there was bass, bass, and more bass, and some of the banger jammers decided that it was time for something "Different". In Harvey's case, though, this is half the problem: what he and the various collaborators here have come up with is locked in the post trip hop miasma of the late 90's, the kind of thing your Olives, Smoke Cities or Sneaker Pimps came up with once upon a time.

Ironically, The Art of Disappearing manages to capture the imagination best during the moments that the hired help are sidelined. When just knob twiddling, Harvey finds the essence of the "Haunting" feel he was going for: Worry Crow stomps, essentially a thunderous hip hop break just waiting to be battle rapped over, whilst the sludgy chromatics of Red Traktor sound like they were made on a fire damaged laptop using haunted software.

With the singers in? It's all just a little unadventurous, perhaps to be expected given the man behind the mixing board's CV. Seasfire does her best Skye Edwards turn on the glossy, Morcheeba-esque Lose Control, but Maria Minerva can't prevent Gold being a 24 carat dud, meanwhile the histrionics Austra's Katie Stelmanis on Save Me had me convinced she was singing next to a cauldron.

Why there's such a gulf in imagination between the laptop stuff and the "Real" songs on The Art of Disappearing isn't clear, and there can't be any doubt that Josh Harvey has the ability. But until he starts asking more of both the guests and himself, this new path seems to add up to little more than a blind alley.