After becoming the most famous magicians in the world with their last tricks and exposing the wrongdoings of Arthur Tressler, it was obvious that as many people as they helped, they'd always upset a powerful few. One of those is Arthur's son, Walter Tressler.

Walter is on a mission to cause The Four Horsemen as much damage as possible. In order to stop Walter, the four magicians must pull off a stunt far bigger than their first.

With Isla Fisher pregant and unable to commit to the film Lizzy Caplan (Masters Of Sex) has been brought in to play the role of Lula. Other than Isla, all the lead cast from the first film will appear in the new film and Daniel Radcliffe will play the role of Arthurs son, a tech magnate.

A simple train journey can have incredibly far-reaching consequences. When Nancy (Lake Bell) meets Jessica (Ophelia Lovibond) on a train, she notices the book she is reading is designed to help with relationship success. Jessica tells her that the book itself is not to be leant, as she is using it to meet up with her blind date. Nancy steals the book, believing that it will work as a serious self-help guide, however she ends up running into Jack (Simon Pegg), who was Jessica's blind date. When Nancy chooses to pose as Jessica, she has the perfect date - only he doesn't know she's lying.

By Rich Cline
Good
Strikingly designed and directed, this offbeat film feels like a one-man stage show as the entire story's told through an internal monolog. So while we enjoy the witty, skilled acting and filmmaking, we never really care what happens. Continue reading: A Fantastic Fear Of Everything Review

Jack is an author, a children's author at that, although this has never really been an ambition of his he just sort of fell into it. He decides to take the leap into becoming a crime author instead in an attempt to move slightly further away from his infantile profession and really try and make something of himself. The problem with this however is that Jack, to be minimize his personality, is a sensitive kind of guy. So when he becomes entombed by his research into Victorian serial killers he starts to turn into what can only be described as a paranoid wreck, persecuted by the irrational fear of being murdered.

Continue: A Fantastic Fear Of Everything Trailer

Set in Manchester, England in 1990, Weekender tells the story of two best mates Matt and Dylan who decide to hold an illegal weekend rave party, instead of spending their time stealing from pub landlords. After a successful first night, the two friends seize the opportunity to turn it into a business venture. However, their success gets the attention of others in the rave party business, who start taking an interest in what the boys are doing. When Matt and Dylan get invited to parties in Ibiza and Amsterdam and attract the attention of top dog John the Rat, their friendship is tested as they are plunged into the dark and seedy depths of the rave underworld.

A Fantastic Fear Of Everything Movie Review

Strikingly designed and directed, this offbeat film feels like a one-man stage show as the... 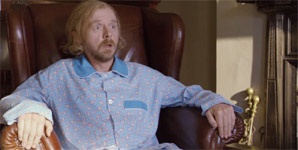 Jack is an author, a children's author at that, although this has never really been... 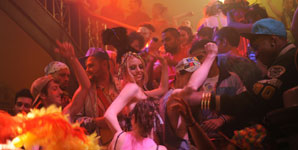