In this thriller the narrative follows Vee Delmonico on her quest to make a change in her life as she becomes tired of living life on the sidelines. Vee makes the decision to play the popular online game Nerve, which dictates dares that you need to do in order to win money, this starts of as just a bit of fun but she soon finds herself caught up in the adrenaline - fuelled game.

Box Office Success For Paranormal Activity 4 - Do We Need Another Sequel?

The fourth film in the series has brought in $15 million so far this weekend, with box office experts and analysers predicting that it will end up with a cool $33.5 million by the time the weekend is up. Whilst falling somewhat behind the second film in the franchise in terms of opening takings, and quite some way behind the record-breaking takings of the last film ($54 million), PA4 has still shown that there’s still a lot of money to be made from fake home-movie footage.

With this success, the blog-o-sphere is already being run amok by rumours that a fifth instalment to the horror series is already on the cards, bring up the question; Do we really need a Paranormal Activity 5? Hopefully, the answer will be no, but given the huge profit margin that each film has managed to make - the third, and most expensive, one was made for only $5 million and grossed more than $200 million globally – then all signs point to ‘yes’. After all, why would a studio, especially one in this economic climate, want to turn down such a dream business plan?

Continue reading: Box Office Success For Paranormal Activity 4 - Do We Need Another Sequel?

'Paranormal Activity 4' is the chilling fourth instalment of the popular horror series though little has been revealed about the main plot. We do know that the sequel will feature Katie who winded up succumbing to demonic possession at the end of the first two films and subsequently butchered her boyfriend, her sister Kristi and Kristi's husband Daniel as well as kidnapping their baby son Hunter who also appeared to become possessed. She is set to bring the malevolent evil that has stalked her family to terrorize another group of victims. When Katie and Hunter show up outside the house of Alice and her family, they start to suspect that there is a connection between Katie and their new next door neighbours.

As youngsters in 1988, sisters Katie and Krista adored playing in their back garden, while their father filmed them on his video camera. They had no idea that a demon had been haunting them - and their family - since the time of their great grandmother, who allegedly made a deal with the demon in exchange for wealth, which requires the sacrifice of the first born male offspring. But since then, there has been no males born into the family. 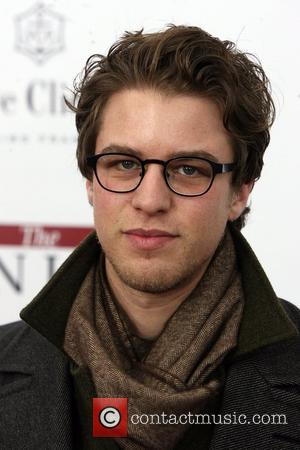 Box Office Success For Paranormal Activity 4 - Do We Need Another Sequel? 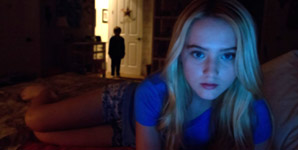 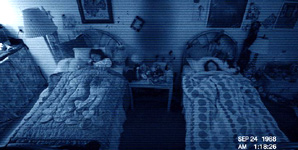 As youngsters in 1988, sisters Katie and Krista adored playing in their back garden, while...