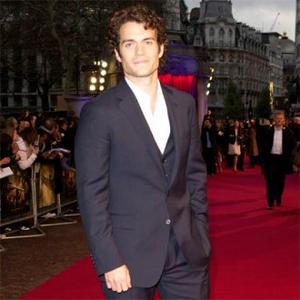 Henry Cavill can now fight with a knife thanks to his role in 'Immortals'.

The 3-D fantasy adventure film, out this weekend, involved 'The Count of Monte Cristo' actor training intensely to prepare for his role as Theseus, King of Athens, and he is now skilled in multiple fighting methods.

Henry said: "The guy who was training me, had me doing was initially circuit training type stuff, physical aesthetic type training. Then he had me learning the basics of martial arts and doing boxing training and doing knife fighting and stuff, anything sort of cardiovascular, but fun and martial-based. So, that I could apply to learning all my sword choreography."

Henry stars alongside retired boxer Mickey Rourke in the film where the two do a fight scene together, something he really enjoyed.

"It was great. He's been a boxer and so, he knows about balance and movement and stuff. It was wonderfully put together that fight. And the experience of shooting with someone like that is great."

The film also stars 'Slumdog Millionaire' actress Freida Pinto and actor Kellan Lutz who is best known for his role as Edward Cullen's brother in the 'Twilight' movies.