Henry Cavill is determined to give a great performance as Superman in Zack Snyder's new take on the comic book franchise, 'Man of Steel'. 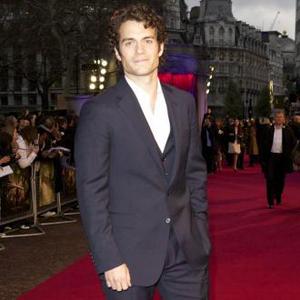 Henry Cavill wants to do the role of Superman Justice in 'Man of Steel'.

The 29-year-old actor has tried to ignore the pressure of bringing the iconic comic book character to life in Zack Snyder's new reboot of the superhero franchise and focus on living up to the ''responsibility'' of the part as best he can.

Henry told Cinaplex magazine: ''It's important to do the role Justice. There are a lot of people relying on me to do this well.

''I gladly accept that responsibility, and it's a great one to have because it's a wonderful opportunity.

''I don't let the pressures get to me because that's going to Hinder my performance and, therefore, let people down.

''So I choose to ignore the pressure side of it and focus on doing Justice to Superman.''

The British star - who lost out on the title role in 2006's 'SUPERMAN RETURNS' to Brandon Rout - is now determined to bring a modern twist to the story of Superman while keeping the human vulnerability of the character to make him more identifiable.

Henry said: ''What I can say is that it's a modernisation of the character and a very realistic view of one, obviously, very fantastic individual.

''It's an unreal situation, but it's approached from a very practical viewpoint. We wanted to make the character easier to identify with.''

Henry actor also admitted he would love to take over from Daniel Craig and put his own stamp on legendary secret agent James Bond in the future.

He quipped: ''I would love the opportunity to play Bond!''

'Man Of Steel' also stars Russell Crowe and Amy Adams and is set for release in June 2013.