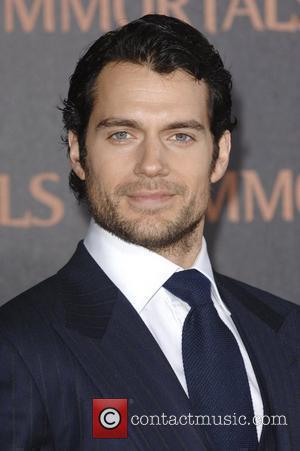 British actor Henry Cavill showed his support for the U.S. military by visiting an airbase in California on Tuesday (31Jan12).
Cavill took a break from filming scenes for Man Of Steel to meet more than 100 members of the United States Air Force at the Edwards Air Force Base on the border of Los Angeles County.
The actor, who plays Superman in the upcoming blockbuster, has a personal connection to the military as he has one brother who is a Royal Marine and another who is serving as a tank commander.
Cavill says, "I have such great respect for military members and what they do. It's important that they know how valuable their service is. It is a pleasure to tell them how much they're appreciated."
Staff Sgt. Thomas Roach adds, "It was a really nice gesture on Henry's part to show how much he supports us and what we do. It was a great morale boost."