Helena Bonham Carter admits she finds it difficult juggling her career with parenthood and she always feels like she could be a better mother to her two children. 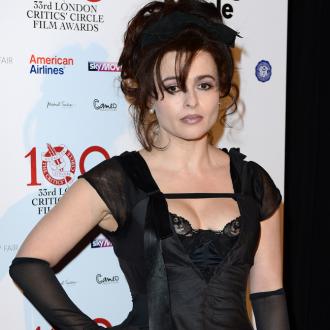 The 48-year-old actress admits finds it difficult juggling her career with caring for Billy, 10, and Nell, six - her children with partner Tim Barton - and she is often left feeling she isn't doing anything as well as she could.

She told HELLO! magazine: ''Juggling motherhood with acting is hard and I'm always dropping balls all the time. You always feel you're doing everything badly.

''Tim's taking time out now and I think I'll do the same. We're trying to be parents, which is harder than anything else.''

Helena knows she is in a ''lucky'' position with her career, but admits her busy schedule leaves her exhausted.

She explained: ''The multi-tasking is tiring. I'm not saying it's a big deal, not if you enjoy your work, and I'm lucky enough to make a living from something I love, but there's always something.''

Despite the actress' mother Elena suffering a breakdown when Helena was five, and her father Raymond left paralysed and partially-blind after surgery for a brain tumour seven years later, the 'Alice in Wonderland' star insists she had a perfect childhood and hopes to be as good a parent as her own.

She said: ''I had a very, very happy upbringing. I hope I can be half as good a parent to my children as they have been to me. And I know Tim is a great father.''