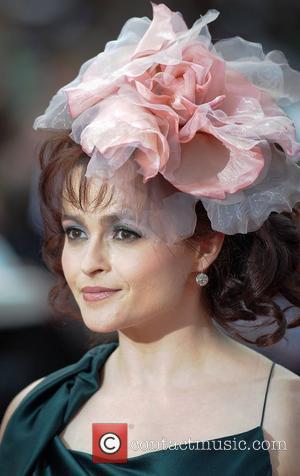 Helena Bonham Carter wet herself during a battle scene on the set of Harry Potter & The Half Blood Prince after discovering she couldn't scream like a banshee as a new mum.
The actress worked on the film shortly after giving birth to her daughter Nell - and she quickly realised she wasn't ready to play mad witch Bellatrix LeStrange.
In a TV special with newsman Larry King, which aired in America on Sunday (10Jul11), she revealed, "I did a wee wee... I was barely able to stand up, let alone jump around, screaming.
"Anybody who has had a baby (knows) if you scream... it's Niagara (Falls). I did 25 takes and I just thought, 'You have no idea what's going on down there.'"