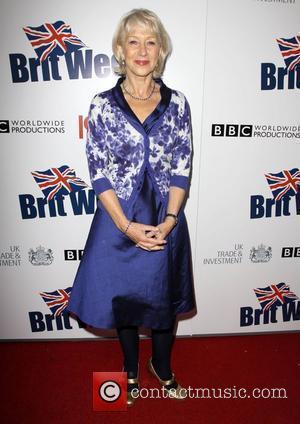 Mature Hollywood beauties DAME Helen Mirren, Sophia Loren and Catherine Deneuve have outshone their younger rivals to be named among the most beautiful women in the world.
The three veteran actresses - who have a combined age of 205 - have made a new top 10 list of the world's most beloved beauties, compiled by Wizard Jeans.
All of the women in the top 10 are over 30 - with 36-year-old Penelope Cruz coming in at number one.
The Spanish stunner is followed by Claudia Schiffer, 39, at number two, while 49-year-old Kristin Scott Thomas and Queen Rania of Jordan, 39, come third and fourth respectively.
Timeless French actress Deneuve is fifth, followed by number six Mirren and 34-year-old Charlize Theron at seven.
Kate Beckinsale, 36, Natascha MCElhone, 40, and Sophie Loren, 75, round out the list.
The clothing firm's spokesman Anthony Edwards says, "Women like Beyonce and Cheryl Cole are sexy and pretty but real beauty is something that comes from within and usually requires maturity. The days when women were considered past it at 40 are long gone."