Dame Helen Mirren doesn't regret not having children, but did try to convince herself to change her mind in the past. 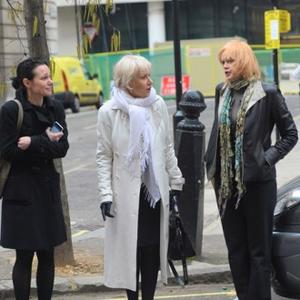 Dame Helen Mirren tried to "convince" herself to have children.

The 66-year-old actress - ho is married to director Taylor Hackford - insists she doesn't regret never having a family as she has never felt maternal urges, though she admits in the past she tried hard to change her mind.

She said: "It's not that I don't love children, hey are funny and I just love them, but I never wanted to have the, I really tried to want it at one point. I thought maybe I should. But I never convinced myself."

The 'Debt' star believes her decision not to have children is beneficial to the world, as she believes it is overpopulated.

She added: "I think some men and women just don't have a deep urge to procreate.

"I think still it is very fine not to want children. There are far too many people in the world. It's my contribution to ecology."

Another reason why Helen did not want children is her "sense of adventure", as she hates being tied down to one place for too long.

She told The New Review: "I still have a Gypsy sense of adventure. I don't think I have slept in the same bed for more than three or four months my whole life.