Dame Helen Mirren has also dreamed about starring in a Pixar movie because she regards them as ''incredible, classic, amazing films''. 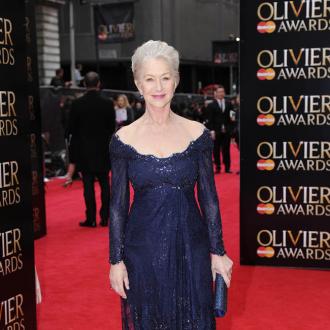 Dame Helen Mirren's ''major ambition'' was to star in a Pixar film.

The 67-year-old actress, who is portraying Dean Hardscrabble in 'Monsters University' - which will be produced by Pixar Animation Studios and released by Walt Disney Pictures - always wanted to star in a Pixar production because they are timeless classics.

Helen Mirren told Empire Online: ''One of my major ambitions was to be in a Pixar movie just to be a part of that library of incredible, classic, amazing films.

''That will hopefully be watched for centuries to come. Because I think they have such universality about them, about human nature.''

The actress is known for her incredible presence on stage and screen and found it a difficult challenge to express herself through just her speech in the new animated film, in which she plays a character who is a cross between a dragon and centipede.

She previously said: ''I'm actually hopeless at voice acting. I'd loved to have been in the room with Billy [Crystal] and John [Goodman] and watched the masters at work and learned from them. Americans are brilliant at voiceovers. I don't think Brits are as good at it, weirdly.''