Dame Helen Mirren has revealed she won't be barring all on-screen now she has reached 70. 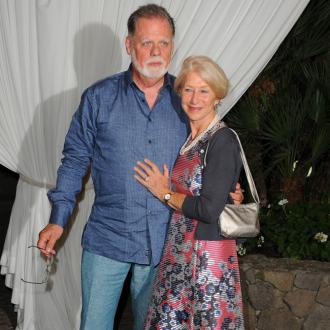 The 70-year-old actress - who famously stripped for 'Calendar Girls' in 2003 - has said the only person who will get her to remove her clothes now is her director husband Taylor Hackford.

She said: ''My pleasure pillows are purely for my husband.

''That's the good thing about getting older, you don't have to do that sort of thing any more.''

The Oscar-winning actress wasn't keen on going nude to begin with, but when she first started acting, stripping wasn't considered a big deal.

In an interview with CBS, she questioned: ''Does it really matter? It seemed to be not a thing to get your knickers in a twist over.

''I was doing nude scenes in the first moment I started doing movies. It was the era.''

The 'Woman in Gold' star - who also bared-all in 1979's 'Caligula' - said sex scenes are everywhere now, even before the watershed on the small screen.