Helen Mirren: 'Make-up In The Tempest Would Be Ridiculous'

Dame Helen Mirren admits she didn't wear any make-up in new Shakespeare adaptation 'The Tempest' because it would ''look ridiculous''. 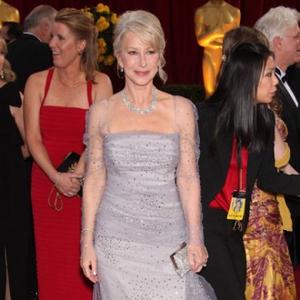 Dame Helen Mirren didn't wear any make-up in 'The Tempest' as it would have been "ridiculous" to do so.

The 65-year-old actress portrays sorcerer Prospera in the adaptation of the William Shakespeare classic - in which she stars alongside Russell Brand and Ben Whishaw - and she admits the subject matter and time period the piece was set in would have meant it wouldn't have looked right to wear cosmetics.

She said: "She said: "The director Julie Taymor was an absolute demon about me wearing no make-up. And of course she was quite right. It would look ridiculous."

Discussing her career, Helen confesses she is happy her Academy Award in 2006 for her portrayal of British monarch Queen Elizabeth in 'The Queen' came when it did as it felt like it was a summing up of her career to that point.

She told The Scotsman newspaper: "I think there are massive advantages to it coming late. There's not been a single year of my life when I haven't done two, three, four, five films, plays, TV, film, whatever.

"So for that sort of public recognition to come after a lifetime of work was fantastic. It was an amazing year for me."