Dame Helen Mirren has revealed she is learning Italian because she spends almost all of her time at her home in Salento, South-East Italy. 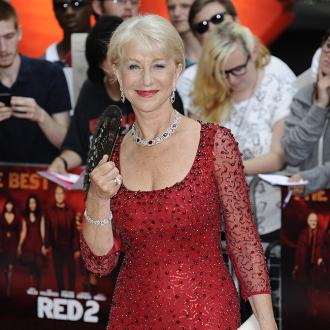 The 69-year-old actress owns a villa in Salento, South-East Italy, with her husband Taylor Hackford and although the couple also have homes in London, Los Angeles and France they are now spending the majority of their time at their Italian residence.

Helen says they love living in Salento so much she is selling her French property and has begun learning Italian so she can converse with the locals.

In an interview with the Metro newspaper, she said: ''I own a house in France, it's actually sadly up for sale now. I did have a house there for more than 20 years. But now my husband and I have moved to Italy. That's our home so now I'm trying to learn Italian.''

Helen's favourite European country used to be France and she has a decent grasp of the language, something that came in useful for her role as Frenchwoman Madame Mallory in her new movie 'The Hundred-Foot Journey'.

She said: ''My French is quite good but a bit rusty. I certainly wouldn't call it fluent but it sounds good. It's the result of my sort of British love affair with France and everything French. When I was in my teens, they (the French) seemed the coolest, chicest people on the planet and I desperately wanted to be French. I got myself a French boyfriend and that was the closest I could get to it. I was 14 and still know him. Then I did work in Paris for a year or more.''