Dame Helen Mirren thinks women are ''undervalued'' in spy movies and believes more dangerous roles need to be given to actresses. 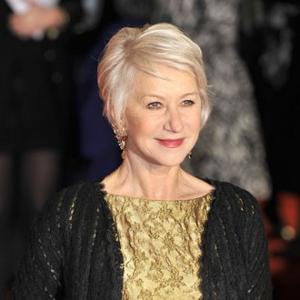 The Oscar-winning actress - who has played an assassin in 'Red' and a retired Israeli secret service agent in 'The Debt' in recent years - thinks women are very "undervalued" in spy movies and claims they need to have more recognition.

She said: "I'm going to play a spy a little bit. It's kind of interesting.

"The role of women has always been undervalued in the spy world, always undermined in terms of recognition. It's a world that needs women."

Helen, 65, has previously expressed an enjoyment of taking herself out of her comfort zone with characters, and when playing sorcerer Prospera in an adaptation of William Shakespeare's 'The Tempest', she was happy to be denied the make-up so often associated with Hollywood movie stars.

She said: "The director Julie Taymor was an absolute demon about me wearing no make-up. And of course she was quite right. It would look ridiculous."