Helen Mirren has admitted she is jealous of David Beckham's great legs because she hates her own. 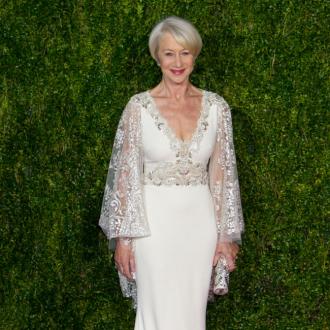 The 70-year-old actress insisted that she cannot wear shorts in public because she hates her short pins, which she compared to soccer star Wayne Rooney's.

She told the Daily Mail newspaper: ''I wouldn't be seen dead in shorts. Only very secretly and privately but never in public.

''I hate my legs. I have these short footballer's legs. First they were my Kevin Keegans; now they're my Wayne Rooneys. They were never my David Beckhams because he has great legs.

''I'd have been a great footballer because I'm built like one from the waist down.''

Despite her leg worries, the elegant actress - who was the face of a L'Oreal Age Perfect campaign last year - recently admitted she is no longer as bothered about her appearance as she used to be.

She thinks ageing has its benefits and believes ''when you're young and beautiful, you're paranoid and miserable''.

Helen said: ''I used to worry a lot more about my looks than I do now - when you're young and beautiful, you're paranoid and miserable. I think the great advantage of getting older is that you let go of certain things.''