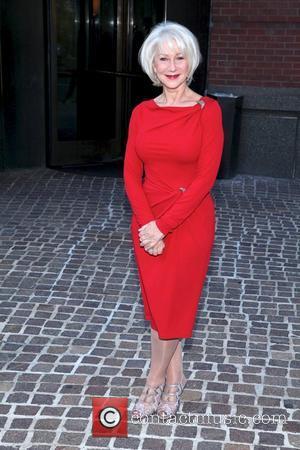 Helen Mirren is against young people getting plastic surgery and thinks it is "horrific" when they do.

Speaking to InStyle magazine, the OSCAR-winning actress said "The only thing I don't like on young people is plastic surgery." The 'State of Play' actress had previously defended the right to have cosmetic surgery, saying she understood why people change their appearance. "You go, I don't want to look at that face anymore and I understand completely, I think people should be allowed to do whatever they want to make themselves feel happy." adding that she doesn't understand why younger women would want to ruin the "purity" of the bodies. The star of 'The Queen' also commented on what is meant to be considered sexy, saying "I'm not beautiful. I was never beautiful. I just clean up nice! Sexiness is different. I don't mind being sexy- but on my own terms. Women don't lose their sex appeal as they get older- it's some kind of indeterminate thing-an appreciation of life and wisdom and other things."

The legendary British actress is currently working on an as yet untitled biopic about Phil Spector; where she plays the defence lawyer of the music producer as he is put on trial for the murder of Lana Clarkson.