Dame Helen Mirren says her and Ryan Reynolds have ''chemistry'' and admits she would love to date him if she was 40 years younger. 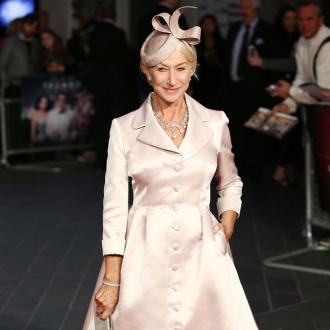 The 70-year-old actress has admitted her 'Woman in Gold' co-star - who has ten-month-old daughter with wife Blake Lively - would definitely be her ''type'' if she was younger.

She gushed: ''I was lucky. He's tall, funny and sensitive: If I were 40 years younger, he would have definitely been my type. There was chemistry between us on set.''

When asked about similarities between the pair, she added to IO Donna magazine: ''Yes, that's right. And I think we both feel the same way about romance as well. I'm not the romantic type. My husband agrees.

''We don't celebrate Valentine's Day and we don't always give each other birthday presents. Not even when you're 70.''

And despite wishing she was younger so she could enjoy a romance with the 38-year-old actor, Helen loves being older as she feels young and beautiful people are much more ''paranoid and miserable''.

She said: ''I used to worry a lot more about my looks than I do now - when you're young and beautiful, you're paranoid and miserable. I think the great advantage of getting older is that you let go of certain things.''