Dame Helen Mirren has joked she has a house extension which contains all of her acting awards and a listening post where she can listen to her acceptance speeches, despite the fact she finds so many of them embarrassing. 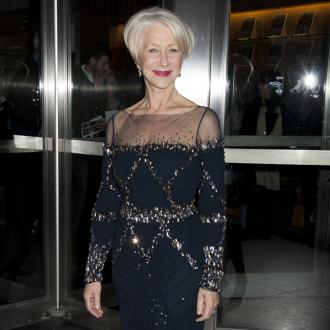 Dame Helen Mirren has joked she has a room in her house dedicated to her award wins.

The cheeky 70-year-old actress has received so many prizes during her illustrious career she claims she has had an extension built on to her house dedicated to her statuettes and the speeches she has made while accepting her many accolades, which include three Golden Globes and five SAG Awards.

She quipped: ''I have an extension to my house actually and when you walk in, you know, they are all on revolves and in lights and you can put headphones on and hear all of my acceptance speeches in all the different languages that I've given them in!''

The 'Woman in Gold' star honestly confessed she tends to cringe if she does hear her previous acceptance speeches though because she's usually had a few too many drinks before heading onto the stage.