Dame Helen Mirren and Aaron Paul for Eye in the Sky

Dame Helen Mirren and Aaron Paul are to star alongside Colin Firth and Barkhad Abdi in upcoming warfare thriller 'Eye in the Sky'. 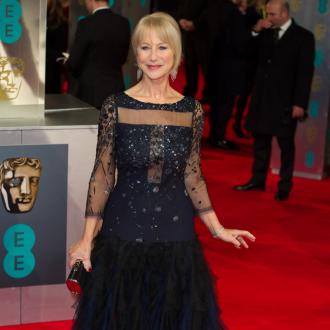 Dame Helen Mirren and Aaron Paul have joined the cast of 'Eye in the Sky'.

The 68-year-old actress and the 'Breaking Bad' star have signed up to star in the warfare thriller alongside Colin Firth and Captain Phillips' Barkhad Abdi, whose involvement was confirmed earlier this week, according to Variety.

Firth will star as a military intelligence officer charged with remotely commanding a top-secret drone operation in an attempt to capture a group of terrorists from their safe-house in Kenya, while the roles of the new cast members are yet to be confirmed.

'X-Men Origins: Wolverine' and 'Ender's Game' film-maker Gavin Hood will direct from a Guy Hibbert screenplay, with filming expected to begin in Hood's native South Africa in September this year.

Mirren most recently starred in 2013 action-comedy 'Red 2' and currently has 'The Hundred-Foot Journey' in post-production while she prepares for her upcoming role in 'The Woman in Gold'.

Meanwhile, Aaron Paul has enjoyed a number of film offers since his 'Breaking Bad' success and most recently starred in street-racing crime-drama 'Need For Speed'.

Colin Firth will next appear in romantic comedy 'Magic in the Moonlight' alongside 'The Amazing Spider-Man' actress Emma Stone in September.