Will Helen Flanagan Ever Stop Wearing Her I'm A Celebrity Bikini? 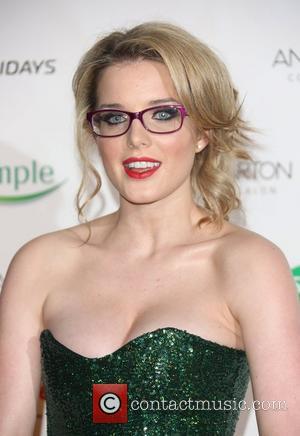 I'm A Celebrity contestant Helen Flanagan arrived back in the UK this week, wearing the exact same bikini top that she had worn countless times in the jungle. The Coronation Street actress jetted into Manchester Airport and was snapped walking through arrivals wearing the top beneath a loose T-shirt, reports The Sun.

Helen, 22, was rarely seen in anything other than the bikini during her stint on the ITV1 show and seems to want to keep hold of the memories. At the airport, she was also photographed saying goodbye to fellow campmate Eric Bristow, giving him a hug before they went their separate ways. Former Darts champion Bristow - who finished fourth on the show - had reduced Flanagan to tears with several snide comments, though the pair appeared to have made-up by the time they touched down in the UK. After hearing how she liked to melt ice lollies and drink them, Bristow had told Helen, "You've got a fantastic diet at home. That's what's done your skin," before adding, "I'd just squeeze her head and get the pus out all in one go."