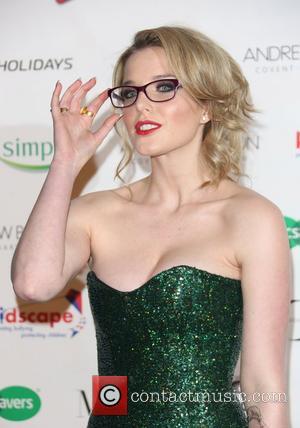 I’m A Celebrity Get Me Out of Here contestant Helen Flanagan quit her bushtucker trial after just 10 seconds on Monday evening (November 12, 2012) before threatening to walk out of the ITV1 reality contest completely.

In the Bug Burial trial, Flanagan – who played Rosie Webster on Coronation Street – was put into a coffin-style box with thousands of creepy critters. She was required to stay there for 10 minutes, but began sobbing after a matter of seconds and removed herself from the game. After failing to win any food for her fellow contestants, Flanagan said, "I want to go home," before telling the camera, "I’m really struggling. I’ve even been thinking of going because I just don’t know if I can hack it…It’s a lot harder than I thought it would be. I’m dreading going back and saying I was only in there 10 seconds, but I tried." Though her fellow campers tried to hide their disdain, Eastenders actress Charlie Brooks moaned, “When she said she lasted 10 seconds, I was a bit like, that is a bit pathetic." In Flanagan’s defence, the hard-talking Tory MP Nadine Dorries fared no better, quitting her bushtucker trial after thinking a rat was biting her.

Later, Helen was all smiles again after receiving her luxury item of choice – a bottle of fake tan lotion.