Sheffield born pop artist Helen Boulding releases her single 'The Innocents' for download; the first single to be taken from her upcoming album 'Calling All Angels'.

The song is striking in many ways, as is the accompanying video which features a child to represent the innocence and naivety which remains inside us all. It has a very classic pop feel to it, with a Joni Mitchell-esque vocal sound mixed with an upbeat synth hum appropriate in any successful pop song. Lyrically, it is moving and engaging - no surprise there given Helen's extensive experience in song writing with some big names in the music industry such as Simon Tong (The Good, the Bad and the Queen; The Verve), Chris Difford (Squeeze), Phil Thornalley (The Cure), Martin Glover (Killing Joke) and she also brought Rick Wright from Pink Floyd out of retirement to collaborate with her. The album cover photo for her debut album 'New Red Dress' was even taken by Bryan Adams and her latest album has been co-written and produced by Pete Glenister (Alison Moyet, Kirsty MacColl).

Helen revealed her inspiration behind the 'The Innocents'. 'We were all born innocent and that's who we really are. The song is just about seeing the innocence and child in everyone.' 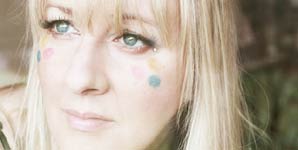