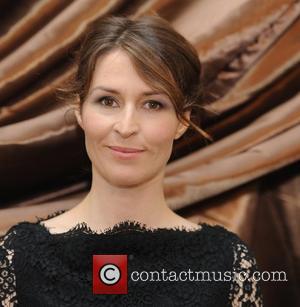 British actress Helen Baxendale has no regrets about turning her back on Hollywood after shooting to international stardom on Friends, likening fame to "a gilded prison".
The Cold Feet star, 41, appeared in 16 episodes of the hit U.S. comedy as posh Brit Emily Waltham, who married David Schwimmer's character Ross Geller and subsequently divorced him.
Baxendale bowed out of the sitcom to concentrate on her pregnancy and family, and admits she wasn't impressed with her first taste of international stardom.
She tells Britain's Daily Mail, "I had a little glimpse of what fame holds, and I decided it held a load of nothing. It contained nothing that mattered. Some people can deal with that well; it sits on their shoulders fine. But it wasn't for me.
"Friends was great fun, but I was just there so they could make some funny jokes about England. And I was also expecting, and you have to be thin out in America.
"You couldn't walk down the street to buy a pint of milk. In fact, you couldn't go anywhere. It was impossible to mix with the crowd, and do what ordinary people do. I saw it as a gilded prison. It was something I wasn't prepared for. But it was quickly forgotten. I don't get the same attention now.
"Fame just didn't fit in with my life. I don't know how much would have come from staying in the States anyway. I didn't want to live in America, when all my circumstances were leading me back to Britain. I don't regret it for a minute."