Review of Prayer Before Birth Album by Hejira

When the name of a band is a reference to either a Joni Mitchell album or the Arabic word for journey, you would be forgiven for thinking Hejira are a painfully serious, dour and pretentious proposition. This assumption is only about halfway right. Where it is clear that Hejira take their music - a brand of brooding, soulful art rock - awfully seriously, this is a band with the talent to back up their high-minded ideas. 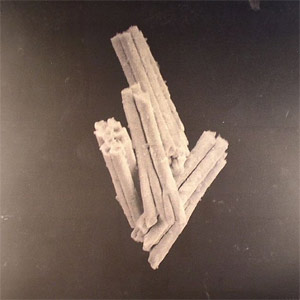 'Prayer Before Birth' kicks off with a chiming, hypnotic guitar figure before descending into a lumbering, slow building piece sitting on a repeating, sinister groove which has shades of The Cure about it. It is only the icy cold layers of vocals that manage to break up the incredibly dense sound and mood of the piece.

This thick, brooding atmosphere is perhaps the signature characteristic of 'Prayer Before Birth'. Most of the album's other songs stick to the formula, most notably in 'Time' and 'Dust'; both feature endless layers of incidental noises, echoes and effects-laden instruments. These songs really explore ideas of tension as they build slowly to a point where the music feels like it is swirling out of control.

Elsewhere on the album, Hejira give a little more conventional rock energy on 'Pinter', which breaks up the dark vibe quite nicely and would have fit perfectly on Radiohead's 'Hail to the Thief' album. Elsewhere 'Gypsy of the Soul' is probably the most commercial song on the album, featuring an interesting rising and falling chord progression coupled with an almost mechanical vocal delivery. When the chorus hits, the layers of sound have an almost dreamy effect. It is a stunning recording.

However, in places, the experimentation fails to come off. Sometimes, such as on 'Know' and 'Echoes', the band step away from song structures and appear to just fumble in the dark, looking to capture some magic but falling somewhat short.

Overall, Hejira's 'Prayer Before Birth' is an album full of interesting ideas and its main strength is that it refuses to sound like anything else out there. It is certainly true that it can be difficult to sit through this dense album in one sitting; where it is not heavy in the conventional screaming guitars sense, heavy does seem an appropriate word to describe it. If you are willing to immerse yourself, Hejira have a great deal to offer you.