Reality Tv Star Heidi Montag Is Recovering From Surgery To Repair A Torn Tendon In Her Right Arm. 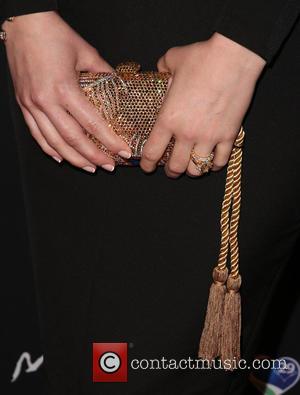 The former The Hills regular, 28, reveals her years of excessive exercising has taken its toll on her muscles and her ailment became so bad, she had to go under the knife recently to fix the problem.

She tells UsMagazine.com, "I haven't had proper use of that arm in almost two years. I try not to complain about it much, but it's been painful. It's my tendon - it was pulling away from the bone, so I had to have it reattached."

Montag, who famously underwent extensive cosmetic surgery in 2010, blames her competitive nature for the injury, because she used to challenge her husband, fellow The Hills star Spencer Pratt, to push themselves to the limit with "too much weight-lifting, CrossFit, and all that crazy workout stuff".

She adds, "I'm super competitive and I think I just pushed it too hard... I'll be in a cast for three weeks and then physical therapy. It should be six months of recovery time, total."