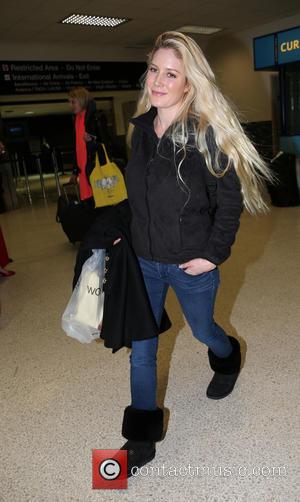 Reality Tv stars Heidi Montag and Spencer Pratt have been criticised for boasting about their love of guns in a new U.K. documentary.

The former The Hills stars stunned viewers of Channel 5's Speidi: Scandal, Secrets and Surgery programme on Monday (18Feb13) by brandishing semi-automatic weapons and showing off their vast collection of firearms which they keep at their beach house in Santa Barbara, California.

Pratt gushed about the "amazing" laws in America which allow citizens to bear arms, something which U.K. residents cannot identify with, while his wife admits she feels safer knowing she can protect herself with a gun.

He says, "I want to share something with you that you cannot posses in your amazing country. I will let you have a glimpse of the amazing laws in America."

Montag adds, "I think it's one of the greatest rights to be an American. I didn't feel safe especially with crazed fans and stalkers out there but if somebody broke into our home, this is the only thing that would actually save my life."

However, the duo has come under fire from executives British charity Infer Trust, which supports the victims of gun crime, who have dubbed the couple "badly misinformed".

A spokeswoman tells Britain's Daily Star newspaper, "They are badly misinformed people. Last year there were 11,000 gun homicides and 30,000 gun-related incidents in the USA. This compared to 39 people shot dead and 5,911 firearm offences in the U.K.

"Gun legislation in the U.K. works and it's a myth to think you're safer having guns at home."

The couple's boasts come just months after a school shooting in Connecticut left 20 young children and six teachers dead, reigniting debate over whether America's gun control laws should be tightened.