Not content with the fame and fortune that a life of reality TV has brought her, Heidi Montag (star of The Hills and Celebrity Big Brother housemate) is convinced that she has what it takes to be a pop star. The 26 year-old is so self-assured by her vocal talents that she allegedly sunk a fortune into recording her own album, Superficial which was released… and sank without a trace… in 2010.

Even with the powers of one of pop music’s greatest songwriter’s Cathy Dennis at her disposal, and technological advances, such as auto-tune, we have to say, Heidi, please don’t give up the day job. Whatever that is, exactly. We’ve looked a little deeper into Heidi’s pop career and, frankly, it’s a joke. It’s not even ‘so bad it’s good. It’s just bad, sorry Heidi. We reckon Cathy Dennis must have been clearing out her ‘unwanted pop song’ drawer when she handed these duds over to Montag; most likely she didn’t want to waste her best songs on someone that can’t hold a tune. Songs like ‘I’ll Do It’ and ‘Higher’ are vacuous pop at their very worst.

The bottom of the barrel, though, has to be the video for ‘Higher,’ which was directed by her husband Spencer Pratt. If it was filmed as a comedy sketch, they’d probably be up for some kind of award. As a serious pop video, though, the low-budget ‘chasing seagulls’ Montag-montage simply doesn’t cut it for us. And yes, we know you have a nice figure. And no, we don’t want to buy your record. She’s already admitted that spending that $2million left her broke. Frankly, watching that video has left us broken. 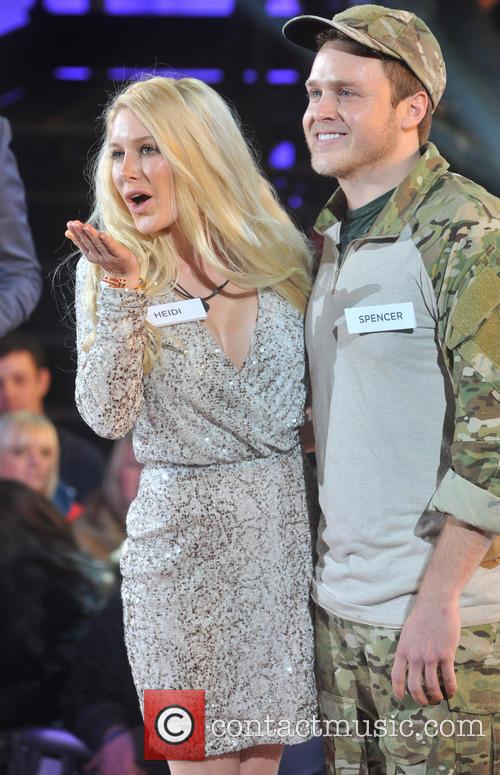