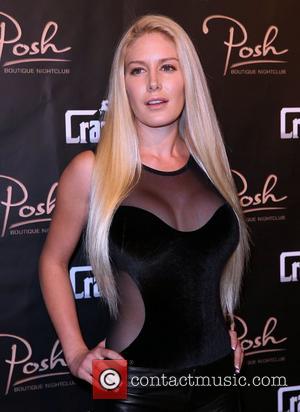 Detorri faced a bit of a drug scandal this year which he said was a massive mistake at a very low point of his life. To his credit though, he used to head-up one of the teams on A Question of Sport, plus he broke records when he won 7 races in one day.

One of last year's most debated X Factor contestants has entered the house. Arguably he came across as the most personable.

Both Rylan and Frankie upon entering the house were given the task of deciding where else the celebrities would go; either join them in the luxury of the main house, or be relegated to the squalor of the Big Brother Basement, in which the celebs - used to the best things in life - will have to search through the left overs of the main house for food, and most disturbingly of all, wont have access to their suitcases

Wealthy and privileged ageing supermodel Ms Hamilton was next to enter the house. She revealed that she still speaks to her childhood friend, Boris the Coconut. She's been put into the basement.

Tricia Penrose you may have never heard of but you might recognise her from Heartbeat. Heartbeat was an ITV comedy drama set in the north. Tricia's lucky enough to be in the main house.

Tipped as one of the favourites already, Ryan aka Toadie from Neighbours, has been in the public eye for 18 years. Rylan and Frankie thought Ryan could weather the basement better than Gillian Telforth, so he's in the basement.

Not heard of Gillian Telforth either? No. Well, she played Ian Beale's mother in Eastenders. She's in the main house.

Sam Robertson is another housemate who almost no one has heard of. He was in E4's 'Beaver Falls'. He's in the basement.

Claire from Steps has struggled with her weight for a long time which was the main focus of her pre-entry video. Rylan squealed at the prospect of 'CLAIRE FROM STEPS!!' so she's in the main house, over...

Ruddock's a self proclaimed 'bad boy' and an ex-footballer who played in numerous teams across the country as well as for England for many years. He's in the basement.

Spencer Pratt and Heidi Montag are from the USA and found modest amounts of fame for having a fundamentally ridiculous as seen in The Hills. Towards the end of The Hills' run, and after, Montag endured massive amounts of surgery. Spencer also lives up to his name, and due to his attitude both Rylan and Frankie chose to send the pair to the basement.

Once again the Celebrity Big Brother is full of those stood just to the left of the limelight. However, the whole show and its production has suffered since its move from Channel 4 to Channel 5. Channel 4 ditched it once ratings dropped, and since Channel 5 picked up the popular franchise they haven't really been able to lift them again. Styles of reality television have evolved considerably since the franchise's conception in 1999, where it began as a social experiment, quickly devolving into a rush for fame.

Neither Lindsay Lohan or Jim Davidson are in the house, despite much speculation that they would be. Davidson was arrested yesterday as part of Operation Yewtree.