Heidi Klum on Marriage: "I don't have the urgency anymore" 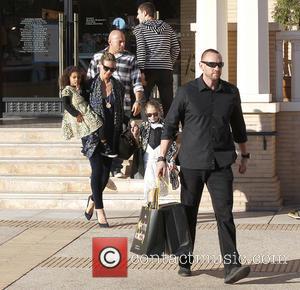 Following Heidi Klum's divorce from Seal, the model isn't harbouring any plans to re-marry or find a young man to wake up next to. She's been talking to Marie Claire about her lack of marital ambition.

"No. No," Klum tells Marie Claire at the very mention of another marriage. "I wanted to keep the memory of our wedding alive every year, and that's why I thought it would be fun to get married over and over. But now I don't think it is that important." The Project Runway presenter added that she'd only consider getting married under special circumstances. "Maybe if I'm with someone for 15 or 20 years, and we do it in our old age as a fun thing to do," she says. "But I don't have the urgency anymore."

Considering her recent divorce from Seal, who, let's face it, is no spring chicken, Klum could be forgiven for wanting to try out some younger guys. But she's not keen on that, "because the truth is that when men get older, their shape changes," she told the magazine. "Younger men train more, and when the clothes come off, it is nice to look at a sexy, ripped body. But I am realistic. ... I don't think I could deal with waking up next to a 25-year-old."

If your one of the mini-Klums, you might want to look away now, as mum's about to talk about some adult stuff. "Some people are more experimental in bed and others are more boring," the mom of four says. "If you are wild and crazy, bring it on so the other person is well aware that you have little devil horns that come out every once in a while. It's good to make an effort to dress up sometimes, to do things outside of the norm."