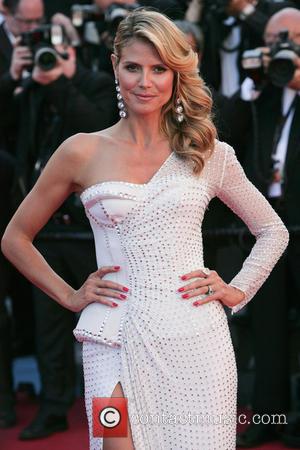 Heidi Klum was mobbed by equal rights protestors bearing Heidi Hate messages across their naked torsos during a crucial moment on 'Germany's Next Top Model' yesterday (May 31st 2013).

The supermodel was about to name the winner of the modelling competition on live television when two topless female demonstrators for FEMEN burst onto the stage to shout at her with the angry message on their chests reading 'Heidi Horror Picture Show'. The organisation they were rallying for was a Ukrainian group who regularly coordinate naked and topless campaigns in defence of equality between men and women. Though the incident was cut from the live recording, Heidi kept her cool and quipped to the audience, 'I have just been seeing boobies in front of me. Too bad it happened at this special moment!'

The protestors seemed to be the only ones who disliked Heidi, however, with 'Gangnam Style' rapper Psy Tweeting a picture of the two of them with the caption: '[Heidi Klum] stoped by my green room and said "ThankU psy". She's so beautiful & nice at the same time!! #Unfair lol'. Heidi also Tweeted a photo of herself and Bruno Mars saying, 'Thank you for a great performance on my show last night in Germany [Bruno Mars] You are a really cool dude!' 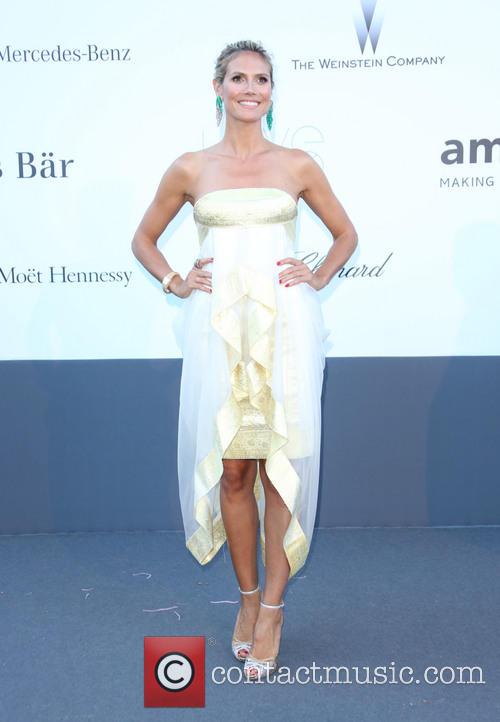