British TV actress Heather Peace makes another step into singing/songwriting with her upcoming second album 'The Thin Line' out June 9th 2014 via Kaleidoscope Records. She now unveils the official video to her empowering single 'We Can Change'.

The video sees Heather singing against a white backdrop as though on a photoshoot while looking pointedly cheerful as the visual intermittently cuts to an image of different coloured paints dripping down someone's body. The singer's determinedly happy appearance magnifies the unguarded attitude we get from the powerful track which is chock-full of soulful lyrics with a jazzy undertone.

Heather has described the song as her 'big gay anthem'; an expression of her sexual identity that underlines it as just a small part of her and emphasises that she is just the same as anybody else regardless of stereotypes. Heather is more well-known for her various appearances on UK TV including 'Lip Service', 'London's Burning', 'Ultimate Force', 'The Chase' and 'Waterloo Road'.  Despite this, 'The Thin Line' will be her second album venture after unveiling her debut 'Fairytales' in 2012. The record has been produced by James Lewis (Arctic Monkeys, Superfood). 'We wanted big songs with passion and grit and lots of harmonies', Heather says. 'I spent almost a day picking the perfect vocal mic and then it took me almost two weeks to arrange and then record the backing vocals that really bring the record alive.' TV actress and UK singer-songwriter Heather Peace uncovers a lyric video for her new single 'We Can Change' which is due for release alongside her second album 'The Thin Line' on June 9th 2014 through Kaleidoscope Records.

The lyrics in the video flash up against a backdrop of blurred our performance clips, but for such an emotional and musically rich anthem, it hardly needs much visual accompaniment to make it interesting. It's a soulful, jazz-infused epic demonstrating Heather's incredibly powerful vocals and its lyrics are filled with personal and unguarded thoughts and feelings.

Heather is probably most recognisable to UK viewers for her television roles. She has starred in 'London's Burning', 'Ultimate Force', 'The Chase', 'Lip Service' and, most recently, school drama 'Waterloo Road'. Her new album has been produced by James Lewis (Arctic Monkeys, Superfood) and follows her 2012 debut release 'Fairytales'. ''We Can Change' is my big gay anthem', Heather has said. 'It's for every kid that has ever messaged me on social media to say they are being bullied and it's a message to anyone that opposes equal rights for LGBT people... I've been playing piano longer than I've been kissing girls.' Heather is set to tout the UK on October, with a few festival dates coming up prior to then including Pride Glasgow 2014 and Brighton Pride. 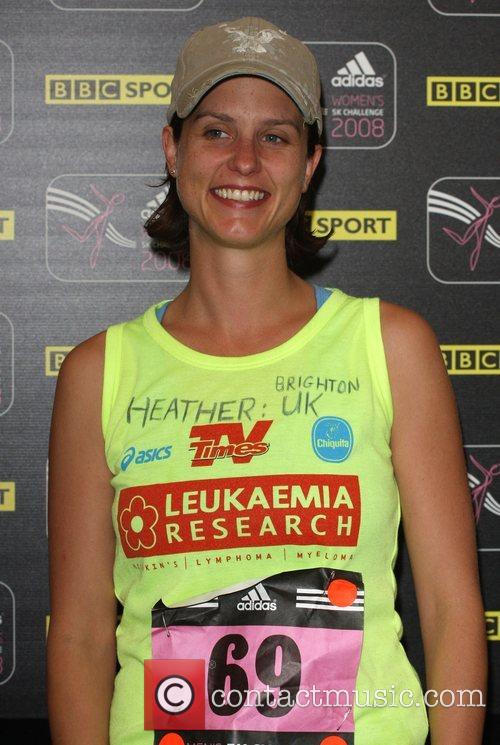 Heather Peace - We Can Change Video