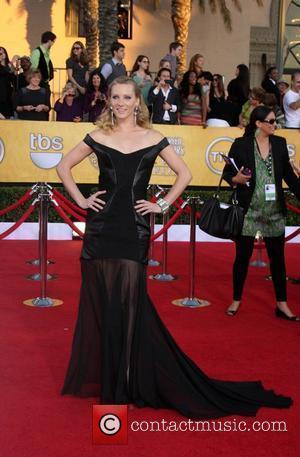 Glee star Heather Morris is at the centre of a sexy pictures scandal after photos which appear to show the actress naked emerged online.
A woman resembling Morris, who plays ditzy cheerleader Brittany in the hit musical TV series, can be seen baring her breasts in the steamy shots, which leaked on the internet on Sunday (11Mar12).
The batch of photos, believed to have been stolen from the star's phone, also includes a picture of the blonde spreading her legs to show off her underwear as well as a shot which appears to show Morris in a revealing costume she wore for the Britney Spears tribute episode of Glee.
Morris is the latest famous face to fall victim to naked photo controversy - Christina Hendricks, Olivia Munn and Scarlett Johansson have all been embarrassed by private snaps that surfaced online.