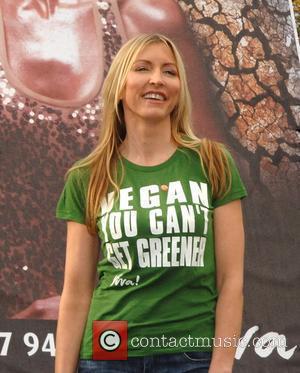 Heather Mills has continued her media assault on estranged husband Sir Paul McCartney, calling him a "skinflint" in a magazine interview.

Talking to Hello!, Lady McCartney followed a series of poorly received TV appearances by slamming the former Beatle for looking after his millions.

"This is a man that hangs on to his money," she said. "He wouldn't be rich if he didn't. Who needs that kind of money?"

Lady McCartney is locked in an increasingly bitter divorce battle with the musician, with reports suggesting the eventual financial settlement could be one of the biggest in British legal history.

The McCartneys married in Ireland in June 2002, four years after the death of Sir Paul's first wife Linda from breast cancer, and have a four-year-old daughter, Bea.

The former model defended her recent outburst on GMTV in which she compared the media treatment of her to that experienced by paedophiles and murderers.

"I want the freedom to be able to tell my story should I need to defend myself," she said.

"I offered to Paul that if he protects me from the inevitable hatred I'll receive because I am a wife of a Beatle, I'll never say anything derogatory about him.

"He wants me to be gagged and they won't give me a divorce until I'm gagged. So I'm waiting for the two-year separation."

She added: "I've been this dormant volcano for 18 months and now I've had the explosion of my feelings."

Mills has recently compared herself to Princess Diana and Kate McCann and in the new interview now relates her battle with the media to that experienced by Paula Yates, the ex-wife of Bob Geldof, who died following a heroin overdose in 2002.

"They abused her and then suddenly turned it around when she was dead. Well, I'm not going to have that," she commented.