Heather Mills (born 12.1.1968) Heather Mills is the ex-wife of Sir Paul McCartney (a former member of The Beatles). Heather is also known for her modelling work and charity work for various causes, including animal rights and help for amputees.

Childhood: Heather Mills was born in Aldershot, England. Her father, John Mills, was a British paratrooper and her mother, Beatrice Mary Finlay was the daughter of a British Army colonel. The family moved to Tyne and Wear after Heather was born.

Heather's childhood is reported not to have been a happy one. Aged eight, she claims to have been sexually assaulted by a lifeguard at a local swimming pool. She also claims that her father was violent towards Beatrice, though he has always denied this.

Beatrice left the family home when Heather was nine years old. Heather and her brother and sister (Shane and Fiona) were left in their father's care until he was convicted of fraud and jailed. Heather moved to London to be with her mother and her partner (the actor Charles Stapley). However, Heather was unhappy here and ran away to join a funfair. She ended up sleeping rough at Waterloo Station and was put on probation for stealing from the jeweller's shop at which she worked after school. Heather was eventually reunited with her mother in 1989, shortly before her mother passed away.

Modelling: In 1986, Heather set up a modeling agency as well as undertaking modeling assignments herself. She took part in a shoot for Die Freuden der Liebe (The Joys of Love), a German sex manual. The manual would later be the subject of a tabloid scandal during her protracted divorce with Sir Paul McCartney. Allegations were also made by a former friend, Denise Hewitt that they were both high-class prostitutes, working in London together for a number of wealthy men. Mills has denied these allegations.

Charity Work: Heather went to Croatia in 1992 to work as a ski instructor. When the war broke out, she set up a refugee centre and helped a number of people to escape. She also undertook modeling assignments to pay for trips to Croatia, delivering donations to the needy.

In August 1993, Heather Mills was hit by a police motorcycle, which was traveling to an emergency. Heather suffered crushed ribs and a punctured lung, as well as the loss of her left leg, below the knee. The lower half of the leg was amputated and she was awarded £200,000 in damages from the police. Heather famously removed her prosthetic limb during a talk show with American host Larry King.

Heather Mills set up the Heather Mills Health Trust, which delivers prosthetic limbs to patients who have undergone amputations, having stepped on landmines. She used money that she earned selling her stories to tabloid newspapers to set up the trust. The trust collects unwanted prosthetics from the developed world and sends them to poorer countries. The first shipment was made to Zagreb in 1994, 14 months after her accident. She wrote a book about the experience, entitled Out On A Limb.

She became engaged to Chris Terrill, a documentary maker in 1999. However, the relationship ended five days prior to the wedding date. Heather claimed that she called the wedding off because Terrill was an MI6 agent. She also claimed that he was gay. Both allegations proved to be false.

In 2006, the pair announced their separation and lengthy, acrimonious divorce proceedings continued until 2008. The British tabloids made much of the divorce, often portraying Mills as a gold-digger and a liar. In March 2008, Heather Mills was awarded £24.3 million, as well as £35,000 per year for their daughter's maintenance. Although the judge noted Mill's charitable work and described her as 'kindly', he also stated that her evidence was 'inconsistent and inaccurate.' At one point in the hearing, Heather poured a jug of water over Sir Paul McCartney's solicitor, Fiona Shackleton.

The star injured her thumb and knee in training

TV’s most lethal celebrity reality show has claimed yet another famous contestant with Heather Mills the latest snow bunny to crash out of The Jump with a thumb and knee injury making her the seventh person to leave early overall.

Mills was one of the favourites to win the Channel 4 competition but suffered her injury in training and has now had to leave the show.

Continue reading: The Jump Gets The Better Of Heather Mills - Its Seventh Contestant To Succumb To Injury

After those throat-grabbing images proved cataclysmic for TV chef Nigella Lawson and art collector Charles Saatchi's marriage, it has emerged that their divorce will be finalised by the end of July.

Less than three months after Nigella Lawson and Charles Saatchi were pictured out for a meal in the middle of an altercation, during which Saatchi's hands were round his wife's neck, the couple are swiftly seeking a divorce, albeit one that is reportedly amicable. The 53-year-old TV cook and personality, who is famed for her looks and easy approach to cooking, moved out of their Chelsea home in mid-June. She has enlisted the help of her lawyer cousin, Baroness Shackleton, who represented Sir Paul McCartney in his separation from Heather Mills, according to The Telegraph. 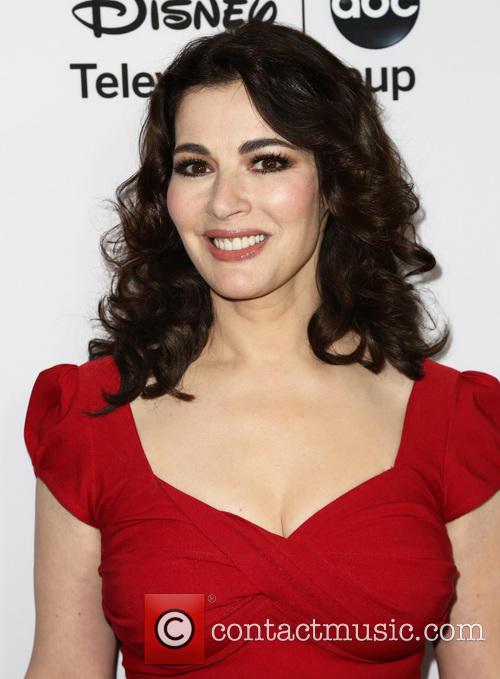 TV Chef Nigella Lawson Is Divorcing Her Husband Of 10 Years.

It is still not truly known what events led to 70-year-old Saatchi holding his wife's neck and tweaking her nose in their public dispute, but he has played down any suggestions of domestic violence or assault, describing the incident as a "playful tiff" yet still voluntarily took himself down to Charing Cross Police station and accepted a caution for assault. Lawson herself is yet to comment on the events but she has been seen in public without her wedding ring. She made her name as a journalist-turned TV chef who has published 10 cookery books, selling 3 million copies worldwide. She and Saatchi, an art dealer and co-founder of advertising agency Saatchi & Saatchi, were married in 2003 after the 2001 death of Lawson's first husband, John Diamond.

Continue reading: Nigella Lawson & Charles Saatchi Divorce To Be Approved By End Of The Month

Celebrities are being asked to think before they publicly speak about scientific issues.

Sense About Science (Sas), a charitable trust which focuses upon promoting good science in public debates, has produced a leaflet aimed at celebrities who may commit bad science blunders.

The leaflet, named Need To Speak To A Scientist? will be distributed to the agents of high-profile celebrities, the first-class lounge of British airports and trendy nightclubs popular with the famous. There will also be a hotline available should the star need to discuss science.

Tracey Brown, director of Sas, said: "All year long people send us frustrating examples of celebrities promoting something that makes no sense. Once it's done, it's really difficult to undo."

She added: "We know some people aren't interested in good science or evidence. We are equally sure some will be glad to talk through claims they are asked to front, because they take their public impact seriously, or just for their own self-preservation."

Examples of such 'celebrity science' blunders include Madonna's claims that nuclear radiation could be "neutralised" and comments made by Heather Mills McCartney that consumption of milk was related to childhood obesity. 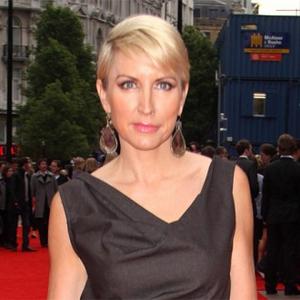