Locklear Heading Back To Melrose Place 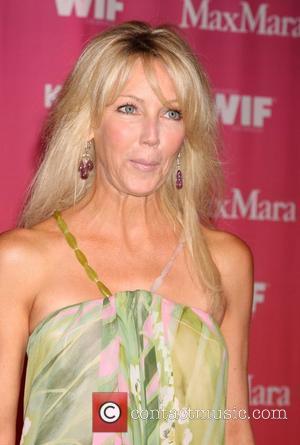 Heather Locklear is returning to Melrose Place - the actress will reprise her role as AMANDA WOODWARD in the remake of the 1980s show.
The star had previously turned down an offer to join the cast of the revamped U.S. TV hit, because she was not convinced writers could find a way of bringing her scheming character back.
However, she met with show bosses again last month (Aug09) and agreed to film new scenes for the programme - although it's unknown how long Locklear's stint will last.
Executive producers Todd Slavkin and Darren Swimmer are delighted to have Locklear on board.
They say in a statement, "We're ecstatic to have the chance to bring Amanda Woodward back to Melrose Place.
"Heather's involvement in the show is something we've been working on for some time as we couldn't imagine creating and producing this show without the iconic character's inclusion."
Locklear's first episode will air in the U.S. on 17 November (09).