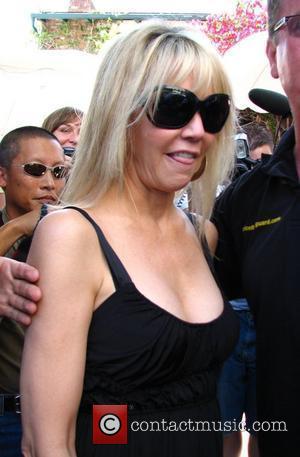 Actress Heather Locklear has been handed an informal probation sentence lasting three years having been convicted of reckless driving.

The former Melrose Place star also received a £900 (£620) fine and must receive driving instruction, having pleaded guilty to the charge.

She was arrested in September on suspicion of driving under the influence in Santa Barbara county, California and agreed a plea bargain to reduce the original charge.

Locklear, 47, was booked having been "driving erratically" in the coastal area.

"A witness said Locklear was revving her engine loudly, and backed over a pair of sunglasses several times," California highway patrol (CHP) spokesman Tom Marshall told People magazine at the time of the arrest.

"The witness called 911 because she was concerned for Locklear's safety," Marshall said. "When a CHP officer arrived, Locklear was found seated inside her vehicle, which was partially blocking the roadway."

Appearing "disoriented and impaired", the 47-year-old was taken to a local CHP station for drug and alcohol tests.

"Alcohol was ruled out as a factor, but based on the officer's observations, we believe Locklear was under the influence of prescription medication," Mr Marshall added.

Later tests revealed signs of prescription drugs but no alcohol or other drugs.

Her arrest came just two months after she left an Arizona clinic having received four weeks of treatment for anxiety and depression.

Locklear, a six-time Golden Globe nominee and ex-wife of musicians Tommy Lee and Richie Sambora, was released late on Saturday night, without having to post bail, the Los Angeles Times newspaper reports.