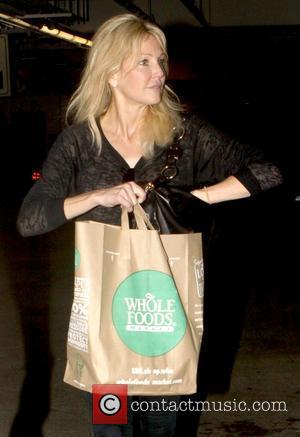 Actress Heather Locklear is reportedly planning to wed on/off boyfriend JACK WAGNER after the actor proposed at her birthday party last month (Sep10).
The couple has been dating since 2007 and the former Melrose Place star recently denied U.S. tabloid reports which suggested they had split earlier this year (10).
Wagner cemented their relationship by asking Locklear to marry him during a party to mark her 49th birthday on 25 September (10), according to Britain's Daily Express - and the actress accepted his proposal.
A source tells the publication, "Heather never felt the time was right, but now she is ready."
The reported nuptials will mark Locklear's third walk down the aisle - she's previously been married to Motley Crue star Tommy Lee and Bon Jovi guitarist Richie Sambora, the father of her 13-year-old daughter Ava.