The actress' erratic behaviour continues with a new violence charge.

Just four months after being arrested and charged with battery and resisting arrest following a domestic violence case, Heather Locklear found herself in jail once again this week after attacking a police deputy and a paramedic, only to then be hospitalised following an overdose. 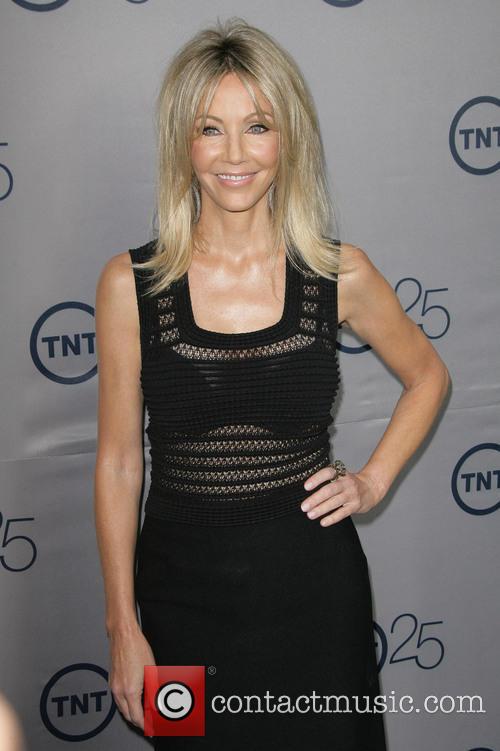 The 56-year-old 'Dynasty' actress was charged on two misdemeanour battery counts on Sunday (June 24th 2018) after attacking two members of the emergency services while drunk at her Thousand Oaks home. Police and paramedics had been called over following an altercation with family or friends.

Sources reveal that she was first taken to hospital before being jailed, and then was released on $20,000 bail yesterday morning (June 25th 2018). It was later reported that she had checked into a treatment facility voluntarily, but it has since been revealed by TMZ that she was rushed to hospital again following an overdose.

Just last week Heather was placed on an involuntary psychiatric hold after attacking both her mother and father when they checked in on her at her home. That came only months after she was taken in custody for domestic violence back in February, when her brother called 911 over a fight between her and her boyfriend Chris Heisser.

While the domestic violence charge was later dropped, but she was charged with four counts of battery against a police officer and banned from owning firearms after she threatened to shoot officers if they came back to her house.

Sadly, similar cases involving alcohol and violence have occurred in the past. In 2008, she was arrested for DUI and also had to undergo psychiatric evaluation over suspicions of attempted suicide. Police came to her home in 2011 over an alleged incident of domestic violence against her then-boyfriend and 'Melrose Place' co-star Jack Wagner. Plus, her sister rang 911 in 2012 believing that Locklear was in danger due to her alcohol and substance abuse,

As of yesterday afternoon, Locklear was receiving treatment at a hospital in California.