Heather Locklear has called off her engagement to 'Melrose Place' co-star Jack Wagner, three months after announcing their plans to tie the knot. 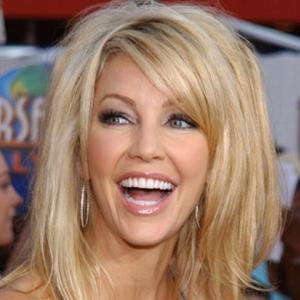 Heather Locklear has called off her engagement to 'Melrose Place' co-star Jack Wagner.

The 50-year-old actress and the 'Bold and the Beautiful' star - who began dating in 2007 - have backtracked on their plans to tie the knot, which were made three months ago, but it is not yet clear why they have reached their decision.

A spokesperson for Heather - who was previously married to Motley Crue drummer Tommy Lee and Bon Jovi rocker Richie Sambora - told Usmagazine.com: "Jack and Heather are no longer engaged."

Speculation that the blonde beauty - who has a 14-year-old daughter Ava from her relationship with Richie - and Jack had called off their engagement increased on Monday night (14.11.11) when she attended the 'Twilight Saga: Breaking Dawn Part I' premiere alone and without her engagement ring.

This news comes after Heather was cleared of a hit and run charge due to a lack of evidence in May last year.