In an Instagram post now since deleted, Lind said that the former president groped her during a photo op a few years ago.

The 34 year old star, who featured in AMC’s four-series hit ‘Turn: Washington’s Spies’ and who is the twin sister of actress Christina Bennett Lind, made the allegation in a now-deleted Instagram post that went up on Tuesday (October 24th).

“I found it disturbing because I recognize the respect ex-presidents are given for having served. And I feel pride and reverence toward many of the men in the photo. But when I got the chance to meet George H. W. Bush four years ago to promote a historical television show I was working on, he sexually assaulted me while I was posing for a similar photo,” Lind wrote, according to the Daily Mail. 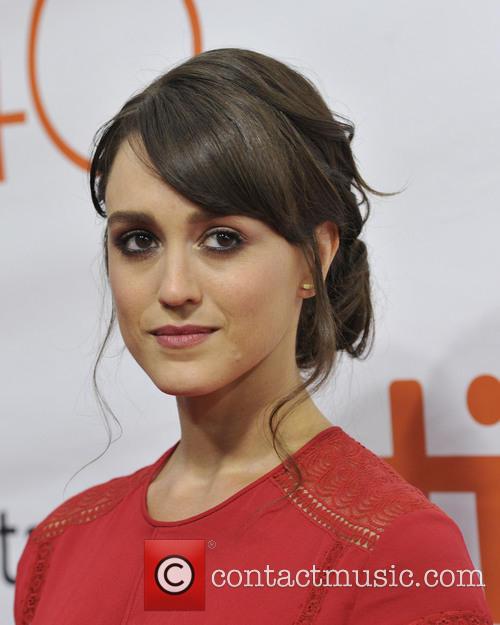 Heather Lind was a star of AMC's 'Turn: Washington's Spies' until this year

“He didn’t shake my hand. He touched me from behind from his wheelchair with his wife Barbara Bush by his side. He told me a dirty joke. And then, all the while being photographed, touched me again. Barbara rolled her eyes as if to say ‘not again'. His security guard told me I shouldn’t have stood next to him for the photo.”

In the past three weeks, a large number of allegations have been made by women against Harvey Weinstein accusing the producer of sexual harassment and assault, as well against growing numbers of directors, photographers and musicians.

Lind, who has played Anna Strong in the spy-ring drama since 2014, said she felt compelled to share her experiences after seeing a portrait of former president Barack Obama with Bush, and was "disturbed". She came forward because of "the bravery of other women who have spoken up."

“I thank President Barack Obama for the gesture of respect he made toward George H. W. Bush for the sake of our country, but I do not respect him," her now-deleted post finished.

In a statement to the New York Daily News the following day, a spokesperson for 93 year old former president Bush apologised but did not deny the accusation.

“President Bush would never – under any circumstance – intentionally cause anyone distress, and he most sincerely apologizes if his attempt at humour offended Ms Lind.”