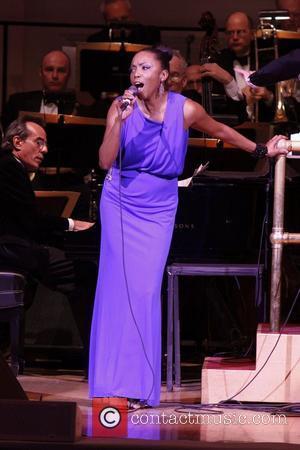 R&B star Heather Headley has been confirmed as the lead in a new London stage musical adaptation of Whitney Houston movie The Bodyguard.
The singer made the big announcement on her Facebook.com page on Monday (10Oct11).
She wrote, "So, let's talk about London... Yes! I've been offered the role of Rachel in the musical version The Bodyguard. Very Honored! The script has been rewritten a bit and it's very interesting. Needless to say, the music is great (they're using many of the songs of Whitney's catalogue) - very challenging, but great.
"We'll start on the West End in London and then we'll move to Broadway."
Headley has been attached to the production for months, ever since she took part in a workshop for the musical this past summer. Another workshop reading has been scheduled for January (12) and the musical is expected to open at the end of next year (12).
It's not the Grammy Award winner's first big stage show - she starred as Nala in Broadway's original The Lion King and she landed the title role in Aida, for which she scored a Tony Award for Best Actress in a Musical.

Heather Headley He Is Video