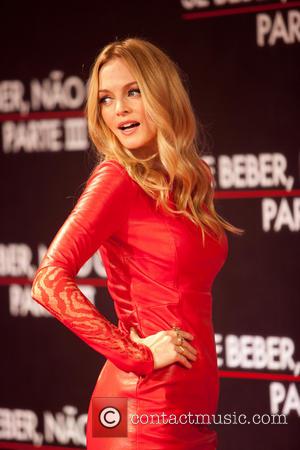 Heather Graham's estranged parents have opened up about the bitter rift which wrecked their relationship with the star, insisting she cut them out of her life after making it big in Hollywood.

She recently opened up about the rift again, saying, "Part of me longs to have a mum and dad who love and accept me for who I am, but, if they never do, it's Ok."

Now her parents have finally spoken out to share their side of the story, insisting they have no problem with her choice of movie roles and are baffled by her continual claims they tried to make her become a nun.

In an interview with Britain's The Sun, Jim Graham says, "Joan and I have endured many sleepless nights questioning how and why it all went wrong. To this day, we honestly don't know... Every time we read these supposed reasons for why we are not part of Heather's life, it gets more and more frustrating as they are simply not true. The Hollywood scene is so treacherous - it has ruined our family.

"We did go to the movies to see it (Boogie Nights) and no, it wasn't our thing, but we were proud of the part she played, as we are with all of her films. But we were never given the option to even voice our opinion as Heather simply didn't ask. Time and time again we read in anything written about Heather that she was brought up in this 'strict Catholic home' and that's just wrong... We've even seen writers claim we wanted Heather to be a nun. It's just not true; we didn't even send the girls to a Catholic school!

"Up until Boogie Nights we were a close, happy family. Then the movie came out and everything changed. It is safe to say that movie destroyed our relationship - that film is the anniversary of when Heather decided to take a break from us."

And her parents insist the most upsetting part of the fall-out is that the star missed the deaths of her grandparents.

Joan adds, "My mum passed away in 2008 and my dad in 1998. I know they hoped they would see Heather again. But sadly they didn't - and now it is too late. Of course we left messages telling Heather they had passed, and a part of us hoped she would come to their funerals. But, for whatever reason, she didn't. I can't believe Heather is 43 now and we have had no place in her life for a long time. It is desperately sad."