Ledger's father, Kim, spoke at a fundraiser in his son's honour and called for the US to lead the fight on controlling access to prescription drugs.

The family of the late movie star Heath Ledger has called for tighter regulations surrounding the availability and distribution of prescription drugs.

Kim Ledger, the star’s father, argued that the United States should play a leading role in what he described as a “world problem”. His son, the star of films such as The Dark Knight and Brokeback Mountain, died at the age of 28 nine years ago having taken an accidental overdose of prescription drugs.

Speaking at a scholarship fundraiser in his son’s name in Los Angeles, Mr. Ledger said: “The addiction to prescription drugs is a massive problem… I think from a government point of view it would be great to see real-time monitoring systems in each country.”

Heath Ledger passed away in January 2008, in what was described as acute intoxication from the combined effects of six different kinds of painkiller on top of anxiety drugs and sleeping pills.

His father pressed for tighter regulation and a co-ordinated system of live updates so that doctors and pharmacists know what a patient has given, how much, and when, would make it easier to spot addictive behaviour.

More: Heath Ledger’s sister denies claims that her brother was depressed while playing The Joker

“It would help doctors understand that the patient coming to them has probably shopped somewhere else and it gives them a little bit of time to prepare for a visitation,” Mr. Ledger said. “At the same time maybe they would be able to counsel that individual and also offer pathways.” 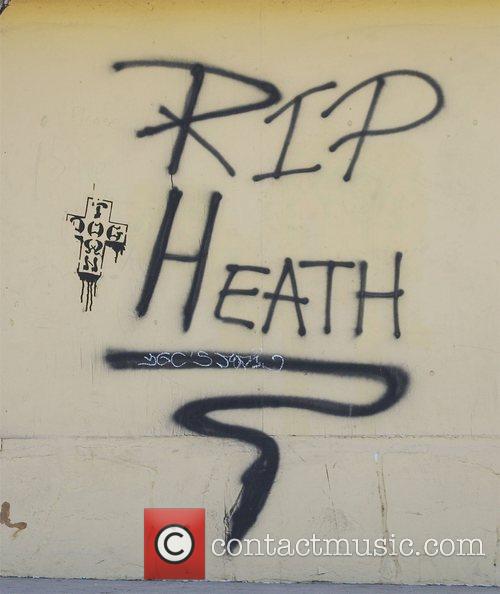 Tributes to Heath Ledger in 2008

In the United States, deaths from prescription drugs more than double those from heroin and cocaine combined. Fatalities from such legally available substances have rocketed in the last 15 years, with stars such as Prince meeting the same fate.

About the new documentary movie I Am Heath Ledger, celebrating the star’s life, his father said: “It was quite difficult to watch. I guess it doesn't matter how many times we watch it we are going to get a little bit emotional about it but honestly it really represented him as a person.”

More: ‘I Am Heath Ledger’ celebrates the late star’s love of cinema [trailer]