Ex-Paramore members Josh and Zac Farro have reportedly said in a blog post they left the band because it became ''all aboutâ€ singer Hayley Williams. 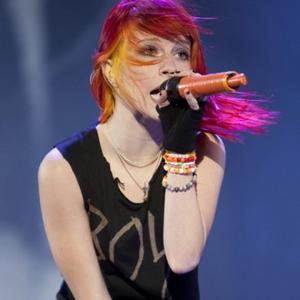 Hayley Williams has reportedly been blasted by her ex-bandmates for making Paramore "all about her".

Brothers Josh and Zac Farro were announced as having split from the 'Playing God' band amicably over the weekend, but a candid blog post - supposedly from the brothers - insists they were "always treated as less important" than singer Hayley, who is also criticised for writing "negative" lyrics.

The blog post reads: "We've always been treated as less important than Hayley. Things changed and this band became all about Hayley."

The entry on the blog, at joshnfarro.blogspot.com, also claims Hayley, 21, was originally signed to Atlantic Records without the rest of the band, and as a result they felt they were treated unfairly, especially by her father - who was their tour manager.

The blog went on: "Her dad would constantly threaten to "pull the plug" on the whole band if we complained about anything, suggesting that we were hired guns and Hayley was the real artist. It's been obvious how her family views things."

The post also states Josh - who dated Hayley from 2005 to 2007 - and his brother were uncomfortable with the "negative" lyrics Hayley writes, and feels compromised the band's religious beliefs.

The entry continues: "Hayley presented lyrics to us that were really negative and we didn't agree with. For Example, 'the truth never set me free', which contradicts what the Bible says in John 8:32, 'and you shall know the truth, and the truth shall set you free'.

Josh and Zac's departure was announced on the band's website on Saturday (18.12.10), with a statement which said: "For the last year it hasn't seemed as if they wanted to be around anymore.â

A representative for Paramore denies that the comments made on the blog are written by either Josh or Zac and it is a hoax.