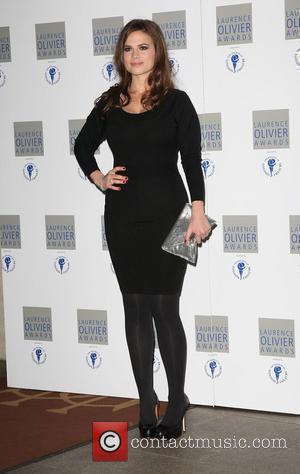 Rising star Hayley Atwell is set to make her name in Hollywood - the British actress has landed a lead role in the upcoming CAPTAIN AMERICA film.
The 28 year old has been cast alongside Chris Evans to play the superhero's love interest Peggy Carter in the comic book blockbuster.
A number of big names were linked to the role in The First Avenger: Captain America, including Keira Knightley and Emily Blunt, who was favourite to tackle the part, but reportedly turned it down.
But now Atwell, who has previously appeared in Woody Allen's Cassandra's Dream and opposite Knightley in The Duchess, has been hired after extensive rounds of auditions and screentests, according to Empireonline.com.
The movie, based on the Marvel Comics series, is set to begin filming in June (10) ahead of a 2011 release.