Listen up ladies. Peggy Carter is the TV heroine we’ve been waiting for.

‘Agent Carter’, Marvel’s latest small screen venture begins tonight on ABC and promises to be quite unlike anything the comic book giants have brought us before. Staring Hayley Atwell as the titular character, Peggy Carter may not have any superpowers but frankly, this heroine doesn’t need them. 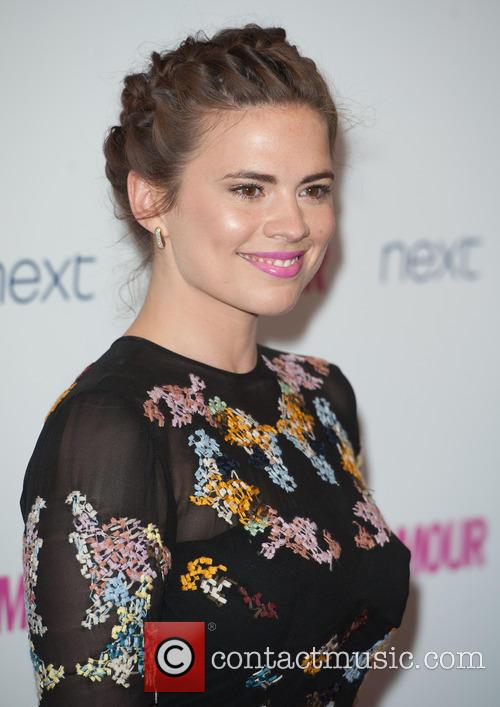 Hayley Atwell stars as Peggy Carter in the Marvel/ABC series

‘Agent Carter’ is Marvel’s first attempt at featuring female character as its centrepiece. However there are already plans in the works for two more female-led projects, ‘AKA Jessica Jones’ (coming to Netflix later this year) and Captain Marvel (expected in 2017). But for now all eyes will be on 'Agent Carter' to see just how well a Marvel story with a female lead can do.

Set just after the events of Captain America: The First Avenger, the series follows Peggy Cater who, while still mourning the loss of her presumed dead boyfriend Steve Rogers, returns to her desk job at the top secret government agency, SSR.

But for Peggy, the real battle will be against the institutionalised sexism of the agency and the post war era as a whole. You see what ‘Agent Cater’ might lack in superpowers, she more than makes up for with girl power, as Peggy fights to be recognised for her abilities amongst her male peers.

Get a new look at @HayleyAtwell as #Marvel's #AgentCarter before her series premiere tonight at 8/7c on ABC! pic.twitter.com/0r6MRTr26l

Already things are looking good for the series, as early reviews have been overwhelming positive. E!’s Kristin Stewart says the series has “everything you want in TV and in movies: A strong, fierce, capable and realistic female hero, without any superpowers other than her wit and her training.”

While Time’s James Poniewozik writes that "Atwell and the producers have made something entertaining and engaging enough that you don’t miss the superpowers and spandex. Their Agent Carter doesn’t need to be super to be a heroine."

Writing in the LA Times Mary McNamara observes that, “in many ways, ‘Agent Carter’ is the culmination of television's recent attempt to offer an intense if scattershot seminar on modern women's history.” Adding that, “being a product of Marvel and ABC, "Agent Carter" is, well, a lot more fun. Its feminist message is festooned with secret weapons, evil scientists, crazy chase scenes and, no doubt, aliens.”

So what do you think, will you be tuning in to 'Agent Cater' tonight at 8pm on ABC?