British Actress Hayley Atwell Has Dismissed Rumours She Is Dating Funnyman Stephen Merchant And Denied Reports They Were Both In A Car Accident Earlier This Year (15). 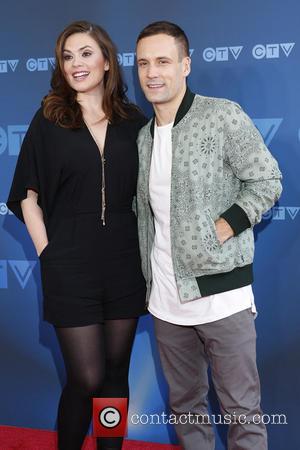 The Captain America: The First Avenger star was first linked to Ricky Gervais' longtime comedy partner after they were spotted together on a night out in London, and in February (15), reports suggested they were both caught up in a nasty car crash in California.

However, Atwell is adamant that neither the dating rumours nor the car crash story are true.

She tells the London Evening Standard, "I don't know why (we were rumoured to be dating). We were photographed coming out of the Groucho (nightclub) together. The next thing I know, I'm eating cereal in my pyjamas and I get a tweet saying, 'Hayley Atwell in car accident with Stephen Merchant,' so I texted him and said, 'Apparently we are in a car accident together. Are we OK?'"