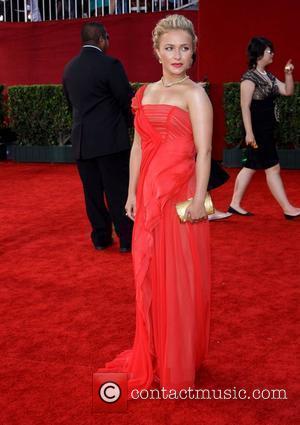 Actress Hayden Panettiere was the one who suggested her HEROES character should be involved in a lesbian romance on the hit show this season.
The Canadian star, who plays cheerleader Claire Bennett in the sci-fi series, will fall for her college roommate, Madeleine Zima, in an upcoming plotline and she reveals it was her idea to get sexy with another girl.
She explains, "I kinda threw it out there... They (writers) put you in relationships and I was like, 'Can I just be with a girl or something...? Let's do that.'
"So they took it and ran with it. She's a great girl... and we have a blast."