Hayden Panettiere won't be appearing in new spin-off series 'Heroes: Reborn' and only found out about the show from her cousin. 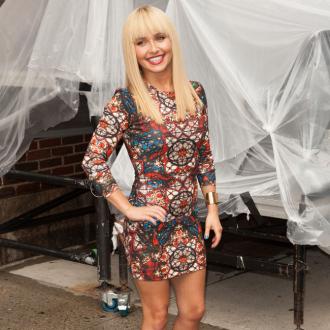 Hayden Panettiere was ''shocked'' to find out about the new 'Heroes' series.

The 24-year-old actress - who played teen cheerleader Claire Bennet from 2006-2010 in the original show - has not been asked to join the recently-announced miniseries 'Heroes: Reborn' and only found out about the project from a family member.

She said: ''It was a shock to me. In fact, I believe I became privy to that through my cousin. She sent me a text message and told me about it.

''I mean, we had nothing, nothing to do with it. It will definitely be interesting to see how they reinvent that.''

The 'Nashville' actress - who is engaged to boxer Wladimir Klitschko - has mixed feelings about the new show, and hopes not to see anyone taking over the role of Claire.

She told Cosmopolitan.com: ''It's a little bit of an interesting feeling because you go, 'That was our show, our home, our family,' something that we had a major part in creating.

''I mean, I hope that they don't have somebody else playing our characters, hat would be a little dagger in the heart. But, you never know. I wish them success in it, for sure.''